Recent research reveals that near to 571,000 people in the Central Coastal region of Ecuador are at risk for Chagas disease

Researchers at the Center for Research on Health in Latin America (CISeAL by its acronyms in Spanish) and Ohio University Infectious and Tropical Disease Institute (ITDI) recently published a study showing that nearly 570 thousand people living in Manabí province, Ecuador, are at a high risk of infection for Chagas Disease. The study, “Distribution of triatomine species in domestic and peridomestic environments in central coastal Ecuador,” [1] published in the PLOS Neglected Tropical Diseases Journal, also demonstrates the urgent need to increase efforts to prevent and control the proliferation of Chagas in this central coastal region of Ecuador. 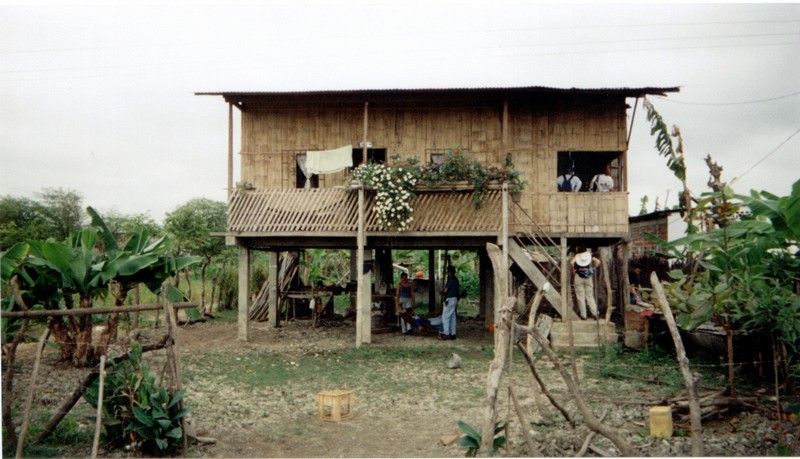 Chagas disease is a preventable yet neglected tropical disease that affects vulnerable populations with high levels of poverty. Infection occurs through contact with the feces of an insect known as the “kissing bug” (or Triatominae by its scientific name) carrying the parasite Trypanosoma cruzi. The WHO estimates that over 7 million people worldwide are infected with Chagas, most of them living in 21 countries in Latin America, such as Ecuador. In this South American country, there is major under reporting of cases, which hampers efforts to mobilize public officials to enact the necessary policies to prevent transmission of the disease.

In this study, the researchers were able to document the prevalence of the kissing bug in a geographical area where it had not previously been documented. “We carried out the first entomological survey in the entire province of the central coast of Ecuador and reported the distribution of triatomines, their habitat and microhabitat preferences, and factors that favor their presence," says Dr. Mario Grijalva, director of ITDI and CISeAL. "The results of the study show that 4.5% of households in 78 rural communities harbor populations of triatomines. The infestation is greater outside than inside the houses. This information is critical for the development of control and prevention programs in this region.”

The results of the study, combined with recent reports of lack of effectiveness of insecticide spraying efforts in this region and evidence of seasonal transmission of the disease in the area, show the need for innovative approaches for vector control to reduce the high risk of infection to people living in rural areas of central coastal Ecuador.

*The funders had no role in study design, data collection and analysis, decision to publish, or preparation of the manuscript.