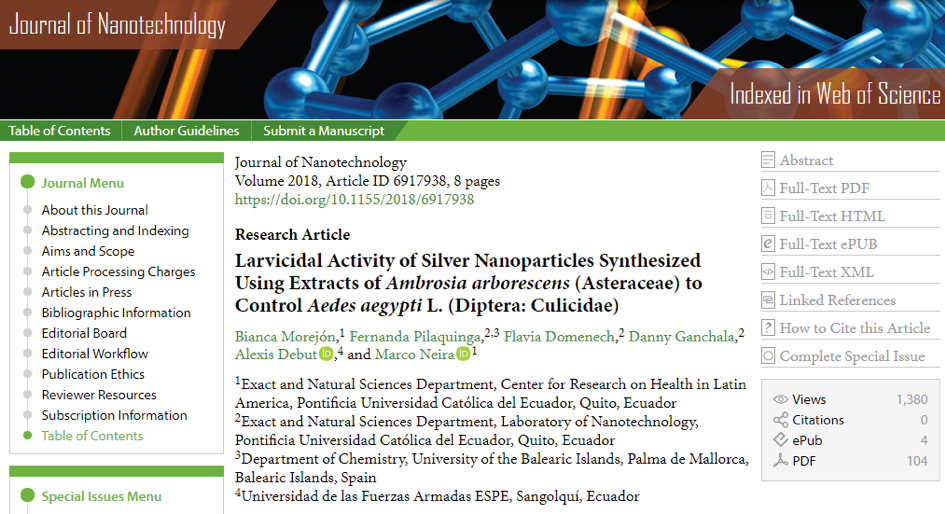 Research published in Journal of Nanotechnology in April 18, 2018.

The Ambrosia is a plant with mythological resonance. The legend tells us that Greek and Sumerian gods used to drink it as a source of immortality. Moreover, the indigenous peoples of the inter-Andean valley -located in what we current know as Bolivia, Colombia, Ecuador and Peru- used it as part of their traditional medicine. Few people know, however, that this plant -combined with silver nanoparticles- contributes to control infectious diseases such as Dengue, Chikungunya and Zika. This is the outcome of research led by Ecuadorian biologist Bianca Morejón in the Center for Health Research in Latin America (CISeAL). This research was part of her thesis, conducted under the direction of Dr. Marco Neira.

Recently published in the Journal of Nanotechnology (BMJ), the paper was developed in co-authorship with other CISeAL researchers. Its main contribution is to offer scientific evidence to support the hypothesis that larvicidal the combination of Ambrosia arborescens with silver nanoparticles represent a way to control the mosquito that transmits the Zika and Dengue virus: Aedes aegypti, originally from Africa. 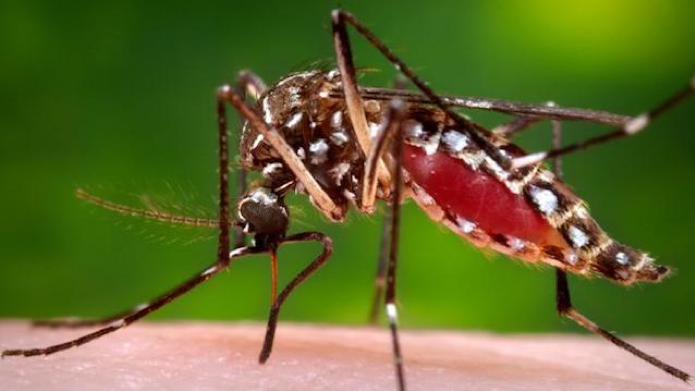 Aedes aegypti is the mosquito transmitter of Dengue, Zika, Chikunguña and yellow fever.
The infection is caused by the bite of infected females. Photo: Center for Diseases Control and Prevention (CDC).

The investigation confirms the existence of different methods of Aedes control -environmental sanitation, insecticides, among others- but also warns that such conventional methods have led to resistance to conventional insecticides. In fact, recently there has been an increase in the presence of mosquitoes due to this resistance. The focus of this research focuses on the larvicidal effects of Ambrosia in combination with silver nanoparticles.

According to Dr. Neira, “the results of this work suggest that both Ambrosia extracts and synthesized nanoparticles from these extracts have the potential to be as a new and effective tool for the control of this insect danger”. This is important considering that, according to the Ministry of Health of Ecuador, 70% of the Ecuadorian territory has socio-environmental conditions that favor the presence of Aedes aegypti.

The research was funded in part with sources assigned by the Office of Research of the Pontifical Catholic University of Ecuador (PUCE). It is the first product derived from the collaboration between the Medical Entomology group of CISeAL and the Nanotechnology Laboratory of the School of Chemical Sciences of PUCE.

You can access the publication through the following link: https://www.hindawi.com/journals/jnt/2018/6917938/