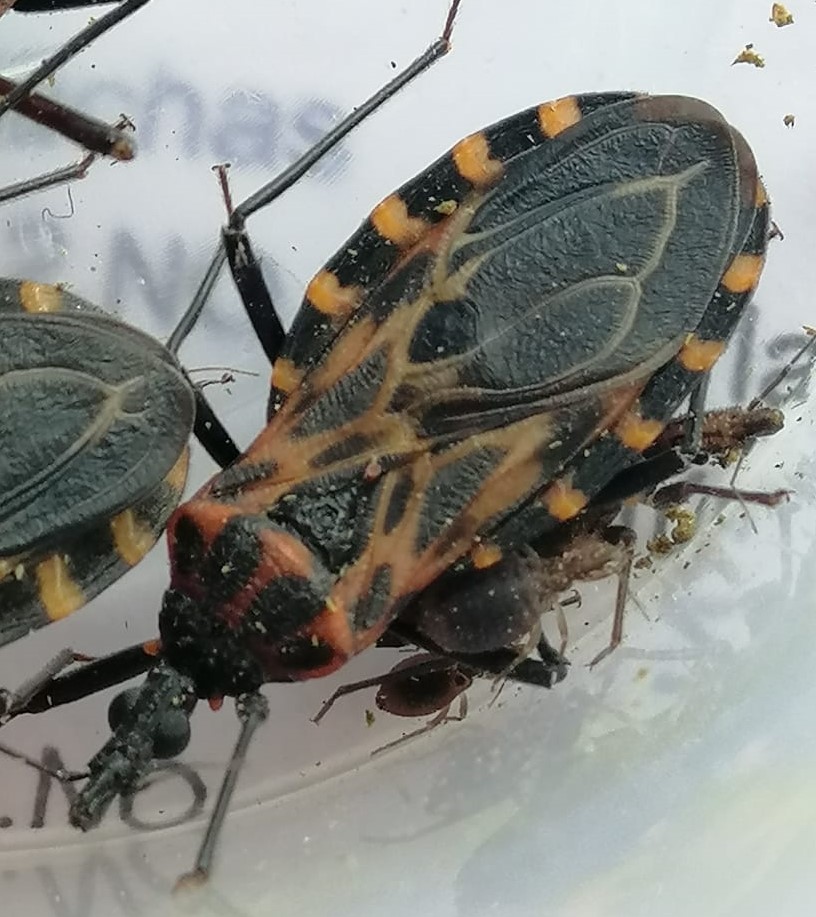 A parasite, largely thought to be asexual, has been shown to reproduce sexually after scientists uncover clues hidden in its genomic code.

Trypanosoma cruzi is the parasite responsible for Chagas Disease, found in Latin America. Around eight million people are currently infected by the disease, which can cause irreversible damage to the heart and digestive tract.

Chagas disease is mostly spread by insects known as Triatominae, or "kissing bugs", but can also be transmitted by food contaminated with T. cruzi. While some medication can cure patients if given early enough, once the disease is established it is less effective.

In new research published today in Nature Communications, scientists have sequenced the whole genome of the single-celled parasite Trypanosoma cruzi and resolved 30 years of heated debate to show that it can indeed be sexually active.

In order to study how the disease spreads, as well as find potential new treatments, scientists at the University of Glasgow knew it was important to understand how the parasite reproduced.

Sex in biological organisms is important for many different reasons, and most organisms do engage in sexual activity of one sort or another. By studying a large group of parasites found in a small area in Ecuador, and sequencing the whole genome of those they found, the researchers were able to spot the tell-tale signatures sexual activity leaves in the genes.

Lead author of the research, Philipp Schwabl from the University of Glasgow, said: “There has been a lot of argument among scientists about whether T. cruzi is sexual or not. It turns out people weren’t looking in the right places.

“We sampled and analysed, in unprecedented detail, the parasites found in a small geographic area in Ecuador. Remarkably, we discovered that some groups of parasites can be highly sexual. However, it also seems other groups of parasites from very nearby sites can behave very differently – seemingly completely abstinent. At the moment, we have no idea why”

Dr Martin Llewellyn, UK senior scientist on this study said: “Through analysing the genetic code we now know that these parasites do have sex, however we still can’t pinpoint the exact stage of their life that this happens in. Our hypothesis is that this is happening when the parasites are inside the insect that spreads Chagas Disease. Confirming that is the next step.”

Prof. Mario Grijalva, lead investigator in Ecuador said: “Chagas Disease in Ecuador is a killer, destroying lives and livelihoods. Our study is an important step towards understanding how to control infections and limit spread.”